Raymond Lang September 30, 2022 Musical groups Comments Off on Classical Concerts to Fill Your Music Weekends This Fall in DC 11 Views 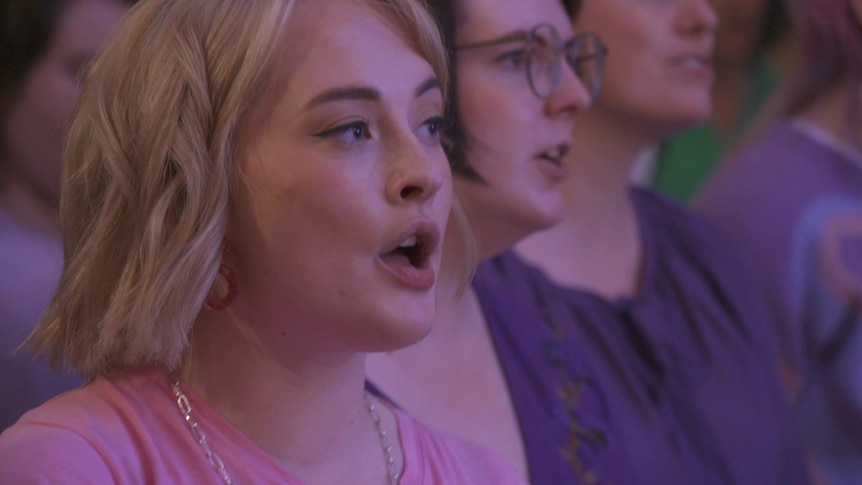 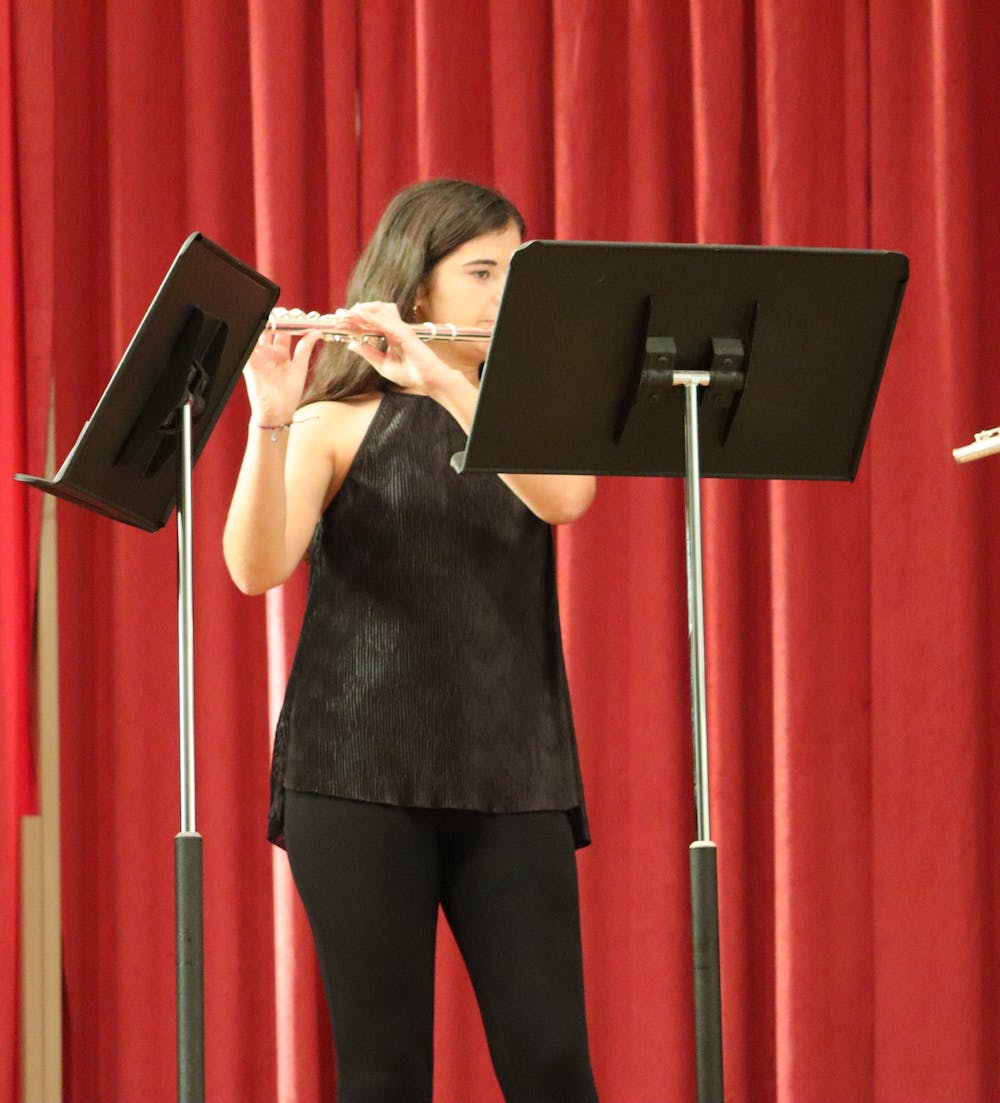 For some people, the arrival of autumn is synonymous with cardigans and shawls. For others, it’s cider donuts and pumpkin spice.

But for us, it’s the return of classical music — and the more, the better. Fortunately for local music lovers, the orchestras and ensembles of our hometown are not left out. Here, find a selection of weekend concert season highlights to keep you up to date for October and November. (But I can’t fit that much: be sure to click on them and check out their full seasons!)

And for up to the full schedule — plus details on offerings from the Washington National Opera, National Symphony Orchestra, Washington Bach Consort and more — be sure to review our preview of the fall.

The relentlessly captivating chamber ensemble led by artistic directors Efi Hackmey and Carrie Bean Stute kicks off its fall season by hosting the Attacca Quartet for two nights. On October 1, they will perform Shostakovich’s Piano Quintet as well as string quartets by Edvard Grieg and Caroline Shaw; on October 2, it will be the Cello Quintet by Schubert and the string quartets by Maurice Ravel and Shaw. (Also note: Chiarina’s “Form, Shape, Groove” program on November 6, with music by Reinaldo Moya, Gabriela Ortiz, Jennifer Higdon, Kaija Saariaho and Astor Piazzolla.) October 1 and 2 at 7:30 p.m. St. Mark’s Episcopal Church, 301 A St. SE. chiarina.org. $25; free for 18 and under.

Virginia Opera continues its Slow Cooker Ring cycle with a production of Richard Wagner’s “Die Walküre,” in a compact adaptation by Jonathan Dove and Graham Vick. (The company will stage “Siegfried” in 2023 and “Götterdämmerung” in 2024.) Bass-baritone Kyle Albertson takes on the role of Wotan, and soprano Alexandra Loutsion sings Brünnhilde. Adam Turner directs and Joachim Schamberger directs. Oct. 8 at 8 p.m. and Oct. 9 at 2 p.m. at the George Mason University Center for the Arts, 4373 Mason Pond Dr., Fairfax; additional performances at the Harrison Opera House in Norfolk (September 30, October 1 and 2) and the Dominion Energy Center in Richmond (October 14 and 16). vaopera.org. $20 to $110.

Entering its 50th season, the Candlelight Concert Society welcomes the Brentano String Quartet for an evening of Monteverdi, Mozart (his Clarinet Quintet in A major, K. 581, with clarinetist Alexander Fiterstein) and Dvorak (his Quartet in A flat major, opus 105). And while you’re at it, now might be a good time to buy tickets for the Society’s Oct. 29 rendezvous at the Linehan Concert Hall with pianist Marc-André Hamelin. Oct. 9 at 4 p.m. Horowitz Center Smith Theater, Howard Community College, 10901 Little Patuxent Pkwy., Columbia. CandlelightConcerts.org. $10 to $45; under 17 free with a paying adult.

The Fairfax Symphony Orchestra welcomes virtuoso pianist and MacArthur companion Jeremy Denk for what is sure to be a thriller of a run through Brahms’ Second Piano Concerto, paired with Symphony No. 1 in E Minor, Op. 39. Denk will give a pre-concert talk with FSO Music Director Christopher Zimmerman at 7 p.m. October 15 at 8 p.m. Capital One Hall, 7750 Capital One Tysons Rd., Tysons. fairfaxsymphony.org. $33 to $65.

The Thirteen Choir and Orchestra, led by director Matthew Robertson, opens its fall season with a performance of Monteverdi’s Vespers from 1610, featuring the Washington Children’s Choir and period brass from the Dark Horse Consort. (Also note Thirteen’s “Barber, Brahms, Britten and Bruckner” program from November 11-13, which will include a world premiere by British composer Ed Rex, as well as pieces by George Walker and Caroline Shaw.) Oct. 21 at 7:30 p.m. at Episcopal High School, 1200 N. Quaker Lane, Alexandria; Oct. 22 at 7:30 p.m. at St. Peter’s Church on Capitol Hill, 313 Second St. SE; October 23 at 5 p.m. at Bradley Hills Presbyterian Church, 6601 Bradley Blvd., Bethesda. thethirteenchoir.org. $10 to $40.

After a long pandemic delay, the Washington Chorus presents “Tomorrow!” A Reflection on Hope and Resilience,” described as a “visual and immersive experience” featuring a live performance of Damien Geter’s pandemic-driven choral work “Cantata for a More Hopeful Tomorrow” as well as the short film of the same name from Emmy-winning director Bob Berg. Oct. 28 and 29 at 7 p.m. and 8:30 p.m. Live! at 10th and G, inside the First Congregational United Church of Christ, 945 G St. NW. thewashingtonchorus.org. $25 to $49.

Washington Performing Arts brings the 2021 Kennedy Center winner back to DC for a unique program that mixes sonatas and partitas by Bach (a sweet spot for the acclaimed violinist) with contemporary works by Jessie Montgomery (her Rhapsody No. 1) and John Zorn (“Passagen”). October 30 at 7:30 p.m. Kennedy Center Terrace Theater, 2700 F St. NW. washingtonperformingarts.org. $30.

Midori’s career began with a fleeting moment. It has become a lasting legacy.

If you want to listen to the future, on November 6, the talented American Youth Philharmonic Orchestra, conducted by conductor Timothy Dixon, presents its autumn concert, a program by Tchaikovsky (Symphony No. 4 in F minor, op 36) and Verdi (the overture to “La Forza Del Destino”). Nov. 6 at 3 p.m. Schlesinger Hall, 4915 E. Campus Dr., Alexandria. aypo.org. $10; free for under 21s.